My Amazon Wishlist contains more books than I could probably read in a lifetime.   If you're anything like me, you have a "to-read" list that seems to double with each passing day.  For every book I read, I add at least 3 more to the list. Don't judge.  You know exactly what I'm talking about. Haha!  I have a serious problem but unlike with most addictions...  I don't need rehab to cure this issue (o.0) 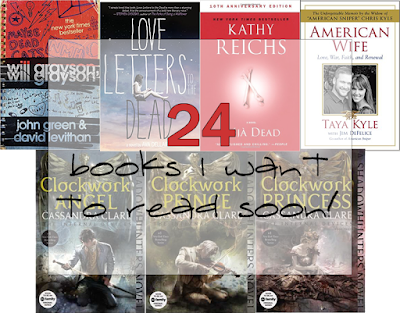 Today, I wanted to share with y'all some of the books that are at the top of my "to-read" list.  Call it "sharing is caring" or peer pressure.  Call it what you will but I just had to share these books!  Also, feel free to give in & purchase one or two.  But I must tell you, if you purchase via any of the links provided below, I will receive pay for being an Amazon Affiliate.

Temperance Brennan Series by Kathy Reichs:   This is a series featuring Temperance Brennan, a Forensic Anthropologist from North Carolina.  Not only have I been interested in Forensic Anthropology for a while but I also LOVE the television show, "Bones".  Which is loosely based on Kathy Reich's life & this series.
There are currently 18 books in this series & I'm unsure how many more she will write.  Either way, I'd love to start collecting the series.  With this book being the first in the series & the first that I want to purchase. 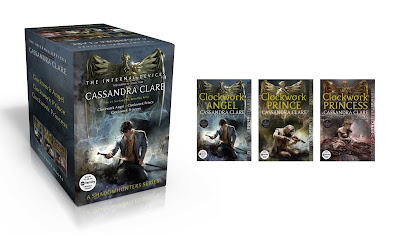 .  It was kind of slow to start but once it took off, I knew I wanted to finish the series.

Then, a few weeks ago, I was introduced to the new covers that had just been released.  I fell in love!  I mean, aren't they beautiful?  After taking a look on Amazon, I found this box set that included all 3 books with the new covers!  And the best part, it's only $29.32 for all 3 books <3   Purchase Now

I'm sure everyone has heard of the book & movie, American Sniper.  For those who may not be familiar, American Sniper is a book (turned movie) written by U.S. Navy SEAL Chris Kyle.  He was later shot & killed while at a firing range.  He & his friend were killed by the troubled vet they were trying to help that day.

I haven't read American Sniper or watched the movie.  I'm not really sure I will even though we have the movie here at the house.  However, I REALLY want to read this book by his wife, Taya.  In it she tells of her & Chris' life together.  While they were together & during the long stretches of time that they were separated by Chris' service.  I'm sure I'll need a box of tissues but for some reason... I still want to read this book.  I think it'll be wonderful!
Purchase Now

Love Letters to the Dead: A Novel by Ava Dellaira:

I remember hearing about this book from one of the "Booktuber" videos that I watched one day.  Laurel is given the assignment to write a letter to a dead person.  This assignment turns into something far more when she begins writing letters to people like Kurt Cobain, Amelia Earhart, & many more.  These letters help her through life & things she has been through.
Other than the interesting plot, I am drawn to this book because I believe that letter writing can be very therapeutic.  It seems that this book may just back that up.  Not to mention, just hearing about the book has me wondering what I'd write to Heath Ledger, Janis Joplin, or Amy Winehouse if given this assignment.     Purchase Now

Will Grayson, Will Grayson by John Green & David Levithan:     Imagine having your life intersect with someone that has your exact name.  That is what happens in Will Grayson, Will Grayson when the lives of two boys cross paths.  Even though they are practically from different planets, their lives begin to overlap within this story.
This is another book that I heard about within the "Booktube" Universe.  It sounds both interesting & touching.  That's why it's been on my "to-read" list since I first heard about it.  Not to mention that I need more Gay/Lesbian reads on my bookshelf.  Now, just to get around to purchasing it & reading it.   Purchase Now

Have you read any of these?  Plan on purchasing any of them?  Let me know!  Also, have a recommendation for me to check out, leave it below as well!  Thanx <3

Email ThisBlogThis!Share to TwitterShare to FacebookShare to Pinterest
Labels: books, books i want, to read