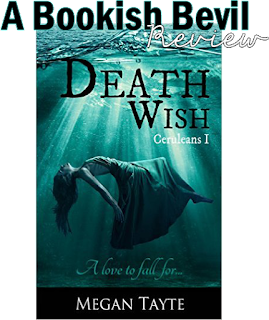 The Ceruleans: mere mortals infused with power over life and death. Five books; one question: If the might of the heavens were in your hands, would you be sinner or saint?

Seventeen-year-old Scarlett Blake is haunted by death. Her estranged sister has made the ultimate dramatic exit. Running away from school, joining a surfing fraternity, partying hard: that sounds like Sienna. But suicide? It makes no sense.

Following in her sister’s footsteps, Scarlett comes to an isolated English cove with grand plans to uncover the truth. Alone. But she hasn’t reckoned on meeting two boys who are determined to help her. Luke: the blue-eyed surfer who’ll see the real Scarlett, who’ll challenge her, who’ll save her. And Jude: the elusive drifter with a knack for turning up whenever Scarlett’s in need.

As Scarlett’s quest for the truth unravels, so too does her grip on reality as she’s always known it. Because there’s something strange going on in this little cove. A dead magpie circles the skies. A dead deer watches from the undergrowth. Hands glow with light. Warmth. Power.

What transpires is a summer of discovery. Of what it means to conquer fear. To fall in love. To choose life. To choose death.

To believe the impossible.
- Courtesy of Amazon

I can say that I went into this book completely blind.  I had never heard of Death Wish or the rest of the Ceruleans series.  After being contacted by the author, and reading the synopsis, I decided to give the book a try anyways.  It sounded quite interesting.  Unlike anything else I've ever read, in fact.

Once I started reading, I was quickly pulled under & caught up in the waves of the story line.  The story that Megan Tayte tells is nothing short of stunning.  I laughed.  I cried.  I was overwhelmed by a flood of emotions as I followed the main character, Scarlett, through her journey of coming to terms with her sister's death.

Death Wish is full of mystery & amazing characters.  I may not have known what to expect before submerging myself into this book but I was honestly blown away by what I read.  Especially the end!  I highly recommend this book to anyone who enjoys a good Young Adult Paranormal Romance that's not like any other out there.

Email ThisBlogThis!Share to TwitterShare to FacebookShare to Pinterest
Labels: 13 and up, 4 cups of tea, Megan Tayte, paranormal romance, Young adult