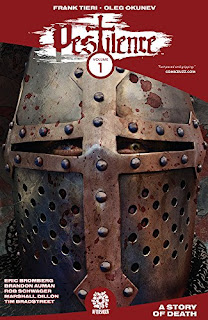 "It is the late 14th Century, and a Great Pestilence—the “Black Death”— is sweeping across Europe, killing over 100 million people. BUT, what if history as we know it was a lie? What if, in reality, this was no straightforward plague, but the FIRST non-recorded Zombie Infestation of man? Ex-Crusader Roderick Helms and his fellow “black ops” agents the Church, Fiat Lux, must seek out the cause of this undead outbreak and vanquish it before mankind ceases to exist!" 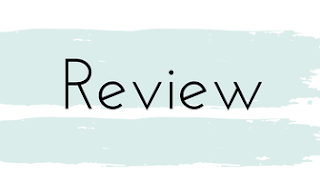 What if the 'Black Death' was really a zombie outbreak? Not simply a plague like we have been lead to believe for centuries? Even more so- what if we had a badass group of 'black ops' agents to follow as they seek out the truth behind the outbreak?
I'm not one to usually enjoy tells that have anything to do with Zombies. However, this unique spin on the 'Black Death' of the late 14th century was a definite exception. I found "Pestilence" to be a steady read with an interesting plotline. The art work was amazing & frankly- the ending left me wanting more!