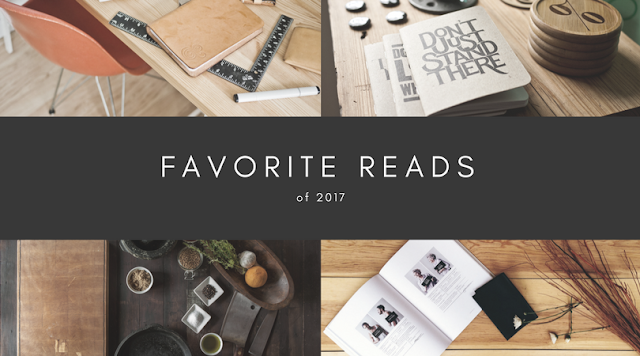 I will admit that 2017 was a horrible year for me blogging wise. However, I found that I was able to get back into reading full force. It was also the first year that I actually met my Goodreads Reading Challenge Goal (52/50). I read some amazing books, as well as some not go good ones. As it usually goes. In this post I figured I'd take the time to share with you my top 5 reads of the year. So let's jump right into it... 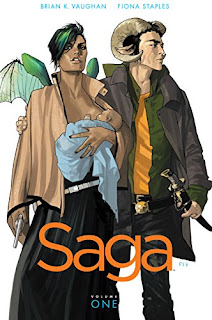 "SAGA is the sweeping tale of one young family fighting to find their place in the worlds. When two soldiers from opposite sides of a never-ending galactic war fall in love, they risk everything to bring a fragile new life into a dangerous old universe. Fantasy and science fiction are wed like never before in a sexy, subversive drama for adults. This specially priced volume collects the first arc of the smash hit series The Onion A.V. Club calls "the emotional epic Hollywood wishes it could make."

Saga was one of my first experiences reading a graphic novel. There had been so much raving of it on Booktube that I decided to check with my local library to see if they had any digital copies available. They did! So I downloaded the Kindle version & read the first three volumes with the help of ComiXology.

A Monster Calls (by Patrick Ness) 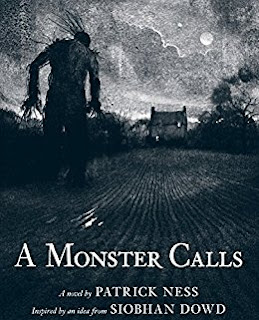 "At seven minutes past midnight, thirteen-year-old Conor wakes to find a monster outside his bedroom window. But it isn’t the monster Conor’s been expecting-- he’s been expecting the one from his nightmare, the nightmare he’s had nearly every night since his mother started her treatments. The monster in his backyard is different. It’s ancient. And wild. And it wants something from Conor. Something terrible and dangerous. It wants the truth. From the final idea of award-winning author Siobhan Dowd-- whose premature death from cancer prevented her from writing it herself-- Patrick Ness has spun a haunting and darkly funny novel of mischief, loss, and monsters both real and imagined."

This is one of the most impactful books I read in 2017. For such a short book (it's only 224 pages), it delivers such a huge punch. The subject matter is a serious one but it is told in such a unique way. The feels were real with this one & let me tell you... I highly recommend you reading it if you haven't already. 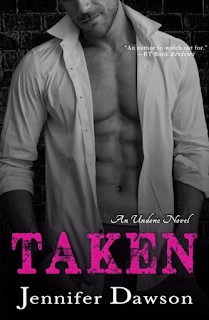 "Brandon Townsend III Rich, beautiful and entitled, once upon a time he was king of the trust fund babies. He took anything and anyone he wanted, until one day, he walked away without explanation. Now, he's an untouchable mystery, one I'm determined to crack. And I'm not talking about anything mundane like his bed. No, I want something far more valuable.I want into his head.Veronica Westwood has blown into my life creating chaos in her wake, and I don't know quite what to do with her. Rich, beautiful and entitled, she represents everything I've sworn off in life, and her being unexpectedly clever doesn't change that. Instincts warn me to stay away, and that's just what I intend to do, no matter her attempts to wear me down. I'm good at saying no, or at least I was until I met her. I don't understand it, but she's like a weakness, and a man like me can't have weakness.I simply won't allow it."

Okay, so if you've been here a while then you know that I am complete & utter trash for Jennifer Dawson's 'Undone' series. My review of this book is still being written but I definitely could not leave it out of my Top 5 post <3 You can find my reviews of books 1-3 by clicking on the 'Book Reviews' tab near the top of this page. Put I recommend checking this series out if you're looking for a nice sexy-time book with an awesome cast of characters!


Salt to the Sea (by Ruta Sepetys) 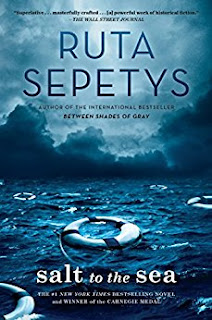 "World War II is drawing to a close in East Prussia and thousands of refugees are on a desperate trek toward freedom, many with something to hide. Among them are Joana, Emilia, and Florian, whose paths converge en route to the ship that promises salvation, the Wilhelm Gustloff. Forced by circumstance to unite, the three find their strength, courage, and trust in each other tested with each step closer to safety. Just when it seems freedom is within their grasp, tragedy strikes. Not country, nor culture, nor status matter as all ten thousand people—adults and children alike—aboard must fight for the same thing: survival.Told in alternating points of view and perfect for fans of Anthony Doerr's Pulitzer Prize-winning All the Light We Cannot See, Erik Larson's Dead Wake, and Elizabeth Wein's Printz Honor Book Code Name Verity, this masterful work of historical fiction is inspired by the real-life tragedy that was the sinking of the Wilhelm Gustloff—the greatest maritime disaster in history. As she did in Between Shades of Gray, Ruta Sepetys unearths a shockingly little-known casualty of a gruesome war, and proves that humanity and love can prevail, even in the darkest of hours."

It seems that 2017 was a year for emotional reads for me. I read this one at the beginning of the year & let me tell you... The feels are real with this one. The alternating points of views make for a quick read. BUT don't get me wrong, this is far from an easy read. Like most WW2 reads there are parts that are deeply disturbing. In the end, this tell of strength & courage will forever remain on my top reads of all time list.


The Book Thief (by Markus Zusak) 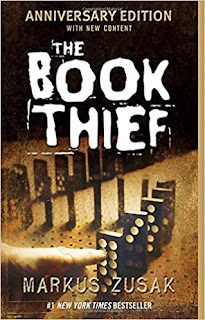 "The extraordinary #1 New York Times bestseller that is now a major motion picture, Markus Zusak's unforgettable story is about the ability of books to feed the soul.It is 1939. Nazi Germany. The country is holding its breath. Death has never been busier, and will become busier still.Liesel Meminger is a foster girl living outside of Munich, who scratches out a meager existence for herself by stealing when she encounters something she can’t resist–books. With the help of her accordion-playing foster father, she learns to read and shares her stolen books with her neighbors during bombing raids as well as with the Jewish man hidden in her basement. In superbly crafted writing that burns with intensity, award-winning author Markus Zusak, author of I Am the Messenger, has given us one of the most enduring stories of our time."

Let me start by offering some sound advice: If every other person you come across is saying the same book is their favorite, READ THE BOOK! If I had listened to these people, I would have discovered my All Time Favorite Book a couple years ago. But no... it took me forever & that makes me sad.

This book, to no surprise, brings the feels. I'm talking ugly cries! There were so many emotions when I read this book that I frequently found myself sitting on the edge of my seat. I will forever cherish this read & I'd love to reread it soon. Even though I read it not too many months ago. I would buy a copy of this book for everyone in my life who reads, if I could. It means THAT much to me.... So if you haven't already- please grab a copy, a box of tissue & start reading!


Hope you enjoyed my op 5 reads of 2017! What were some of your favorites?! Share them in the comments section so maybe someone else can find another favorite read!